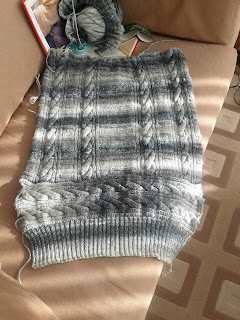 The cable jumper is growing! (see previous post for details)

The back is finished - it comes in three pieces: main bodice, then transverse cables and finally the ribbed welt.

I'm really pleased with how it's turning out and this Woodlander yarn is wonderful to work with!

What IS the collective noun for a group of WIPs, I wonder? 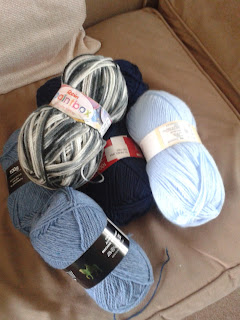 Work stopped abruptly on the blue 'ripple' blanket - I'd run out of one of the shades of yarn! It was one of the more frequently used colours, hence it ran out before the others. Also, I'm sure there was less yardage compared to the other balls of yarn - but as none of them carried that vital information on the ball-bands I was rather guessing how far each would go. (that ball of Robin 'Paintbox' was too hard to resist, although I have no plans as yet for its use!)

So, replenished with fibre, we're off again!  Here's the latest: 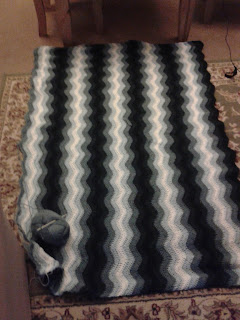 I've also been adding to my 'crazy' mitred-squares: 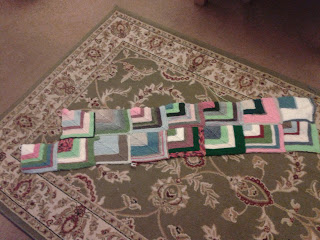 Weird, but rather wonderful!

Another new project is a jumper using the Woodlander wool I purchased at the London Knitting show - although I will have to order more to complete this garment! 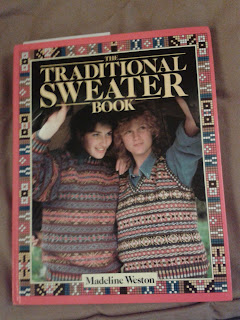 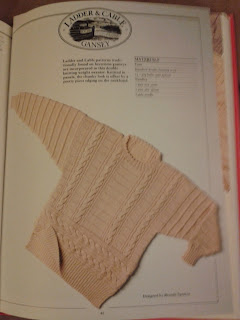 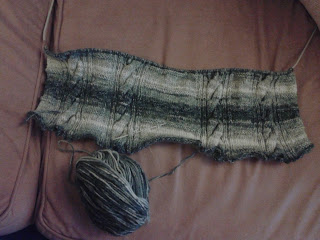 I'm really falling in love with this!

I was also planning to knit something for one of my daughter's friends who's having a baby this Summer. I played around with a pattern I've knit before, but this time I was trying to separate the colours: 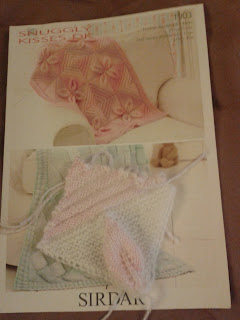 It was tricky and time consuming, and actually the wool I was using was mainly pinks and purples - not good if the infant turns out to be a boy!