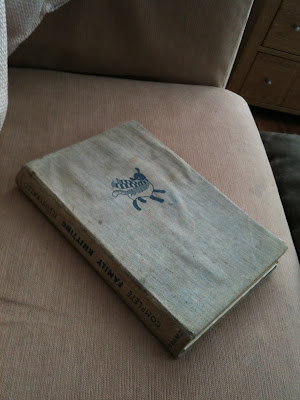 Over the years I've collected a fair few knitting patterns and books - looking back at them you can see the progression of fashion, mainly throughout the 80's & 90's, plus newer items since my resurgence of interest!

However, one of my treasured possessions harks back to a much earlier decade!

This cloth-bound book, despite it's rather dilapidated condition, has been knocking about in my family since it was purchased 'new' in the 1940's and is a real insight to the fashions of the day!

This picture is supposed to be what the well-dressed 'teenager' would aspire to - but she looks a tad older than that to me! 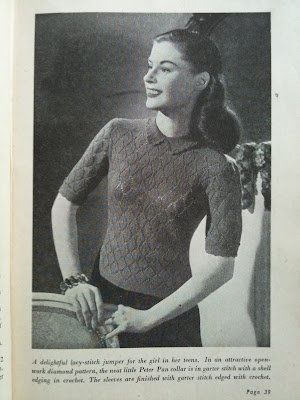 Although designed so many years ago, this bolero beach-jacket "for those cooler days by the shore" would not look out of place over a light summer frock today! 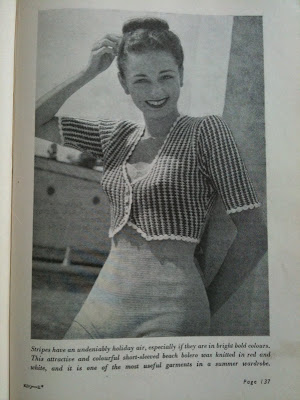 ...and who wouldn't be tempted to revert to their alter-ego and play the 'vamp' wearing this! 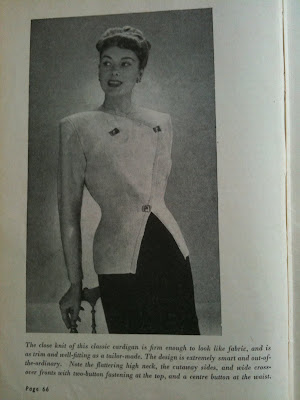 In other news: after another trip to the yarn shop, the 'stash' has grown again, slightly! More on that later.

Meanwhile, the WIP stole/shawl is growing in all it's magnificent 'green-ness'! 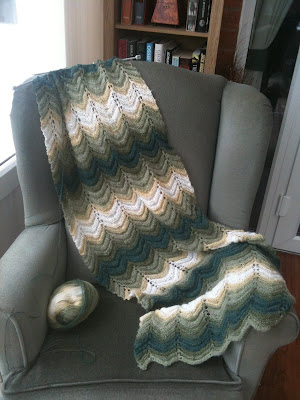 It was much admired at Knitting club, yesterday! I think it's about 2/3 'done' - will be posting pics of the finished article in due course!